The staff of nearly 300 highly qualified professionals and the opening of two new production plants are responsible for the excellent results of Multitel, which has exceeded the previous record of over 1,200 units produced

Multitel is producing a monthly volume of more than 120 platforms, and this figure will increase between 2019/20.

Over 70 million euros from the Italian parent company and almost 40 million euros from the French division, gave a consolidated turnover for 2018 of 80 million euros. There were record intake orders during the year that exceeded 1,500 units, showing an increase of 40% compared to the previous year. Extremely significant is the fact that this increase involved the three commercial divisions of the company (Italy, and especially the export with France at the head by volumes) that reached record levels in almost all the countries where MULTITEL is present.

Particular attention to markets such as Germany, United Kingdom, Switzerland and Spain.

The Italian market recorded an increase in sales of more than 100 units compared to 2017, reaching unexpected results thanks to a commercial restructuring carried out by the Company in the second half of the year.

The growth of Multitel will surely continue during this year. On the occasion of the next BAUMA show the company will launch several new models that will complete the already wide range and will adjust perfectly to the client's expectations.

Towards the end of 2019 and until the beginning of 2020, a new production plant will begin its activity; This new facility, recently acquired by the Company, covers an area of ​​16,000 square meters, more than 8,000 of which it covered. The new production facilities will allow the Company to reach levels of production currently impossible to achieve, and MULTITEL expects to achieve this thanks to the new products that are currently being studied.

To the consolidation of current markets and the opening of new markets. For this purpose, the company has just opened a new subsidiary in the United Kingdom, and together with the current French and German subsidiaries, this will ensure further consolidation of the direct footprint of MULTITEL.

Our most sincere congratulations to Multitel for the excellent results and satisfied by our small contribution with the increase of our sales of Multitel aerial work platforms in Spain this year 2018. 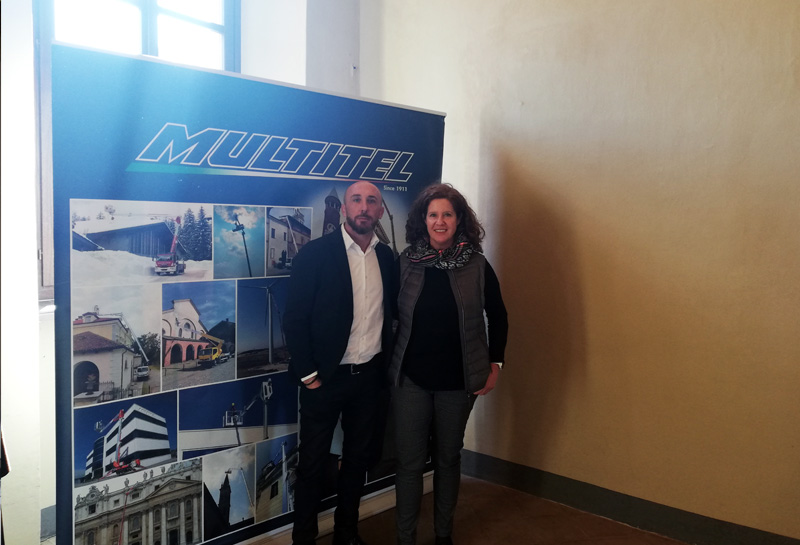