The equipment is formed by a Mercedes Benz Arocs 1836 chasis which aim is to follow and control the heavy machinery on real work conditions, wherever it is, plus a Fassi F165AC.0.22 e-active knuckle boom crane.

They added a module to the truck body, in order to work as an office, with all the needed material for two people to work in it. Behind this module, Carrocerías Hermont has assembled a fixed open body with aluminium sides for all the heavy material transport. And finally, for the manipulation of all this heavy material, the have choosen a medium range Fassi knuckle boom crane, a F165AC.0.22 e-active. It is a short version crane which allows the load very close to the crane itself. Moreover, this crane has a mini Scanreco 6 functions remote control, Fassi M1 stability control and two supplementary functions.

The assembling has been completed with an independent electric generator, that allows an autonomous work. It also has working lights, external power outlets and a rear load emergency hook.

A really well done job by our representative from Málaga, Carrocerías Hermont, which we are sure the final client has valued. 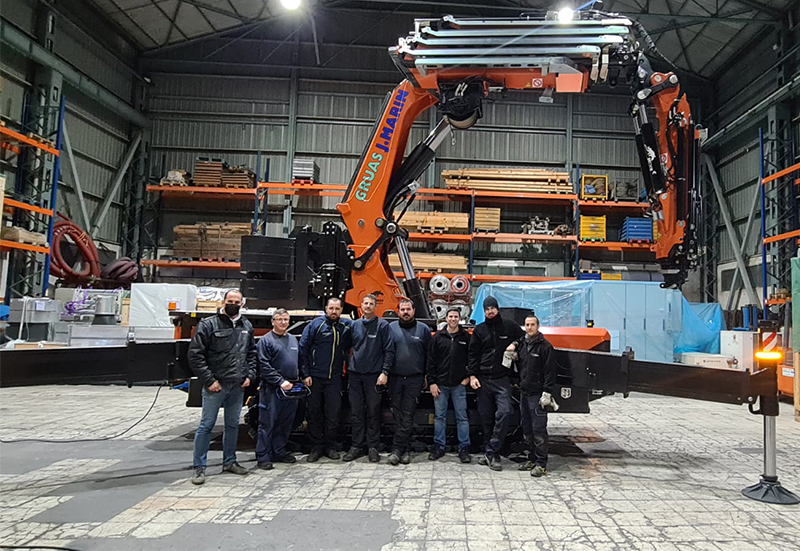 DELIVERY OF THE FIRST JEKKO JF990 CRANE TRACKS IN SPAIN

Today we are proud to announce a "unique" delivery: for two reasons, because it is the first unit delivered in Spain and... 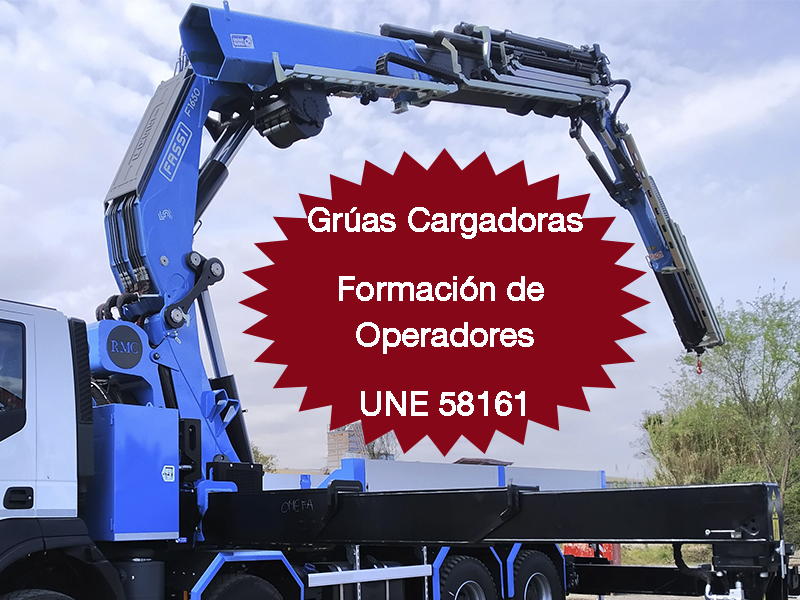 Transgruas has been working since 2019 together with the other members of COFIGRUHA in the composition of this new regulation, which was published on last November 4th. 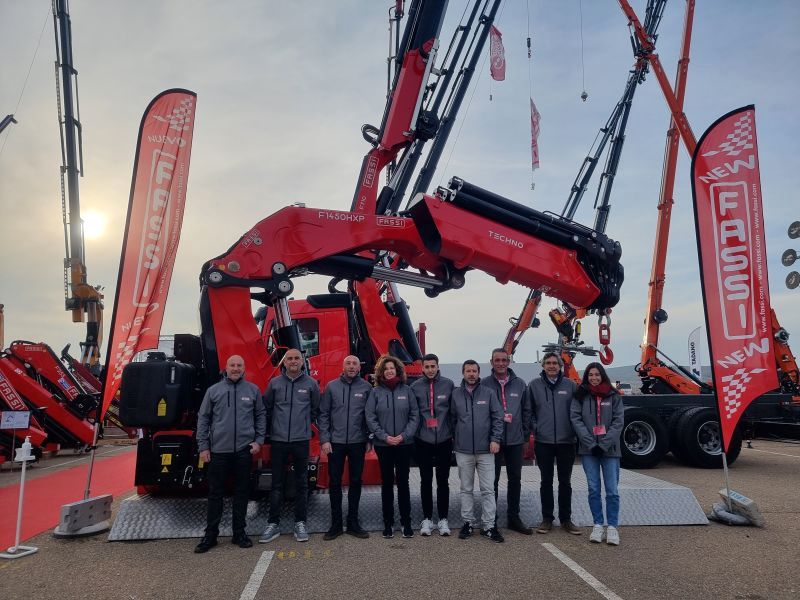 SMOPYC SUMMARY: A REALLY LONG-AWAITED EDITION, WHICH LEFT US A GOOD IMPRESSION.

We conclude this edition with a great visitors attendance and expected reencounters. 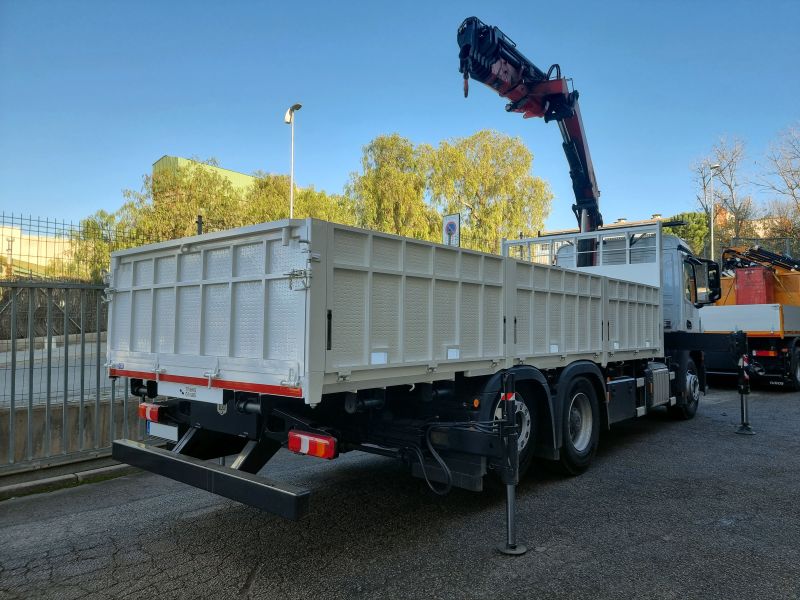 WE CHANGE THE CRANE OF TRUCK AND MAKE A BODY

Joan Vilaseca trusts in Transgrúas for completing their new equipment. 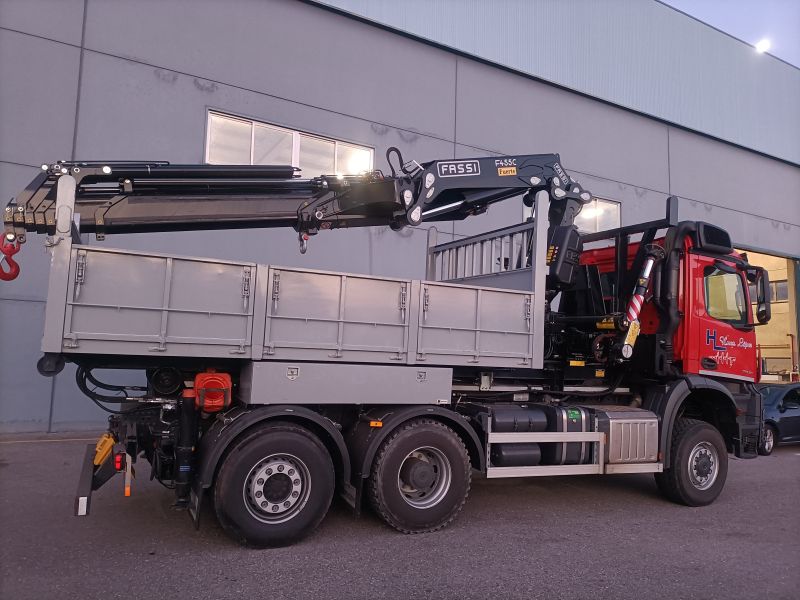 OUR REPRESENTATIVE FROM PONTEVEDRA DELIVERS A HEAVY RANGE FASSI.

Miguel Mellado, from our after sales department, travels to Pontevedra in order to do the delivery training. 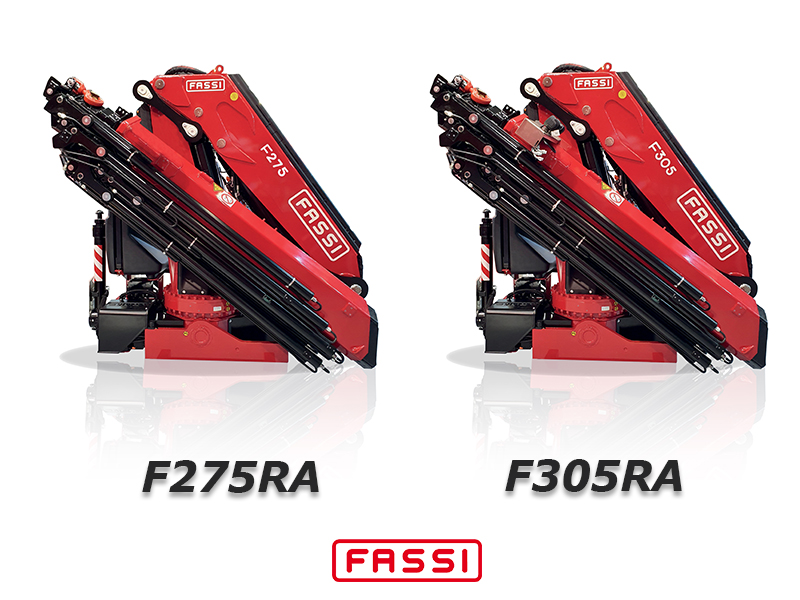 The Fassi knuckle boom cranes medium range is completed with these new models. 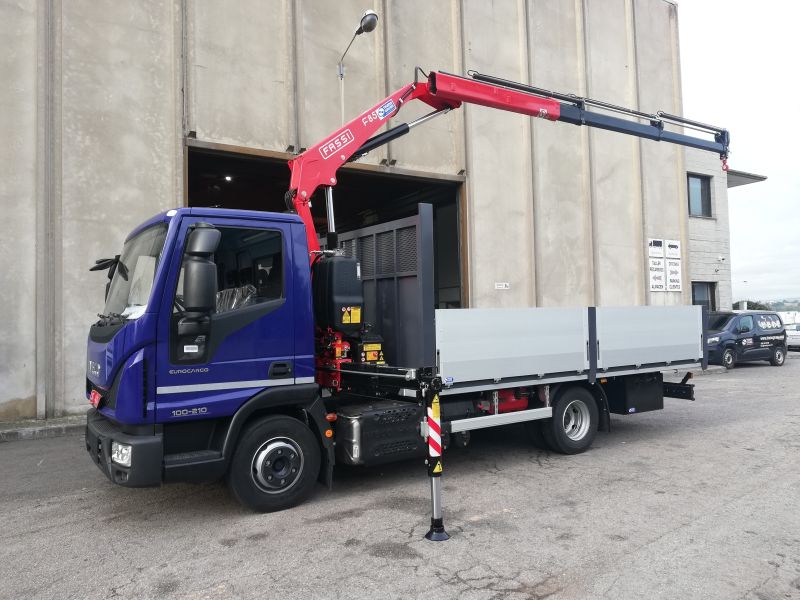 The family company is dedicated to metal sector, in fact, they do work with all those made by iron and steel. With more than 30... 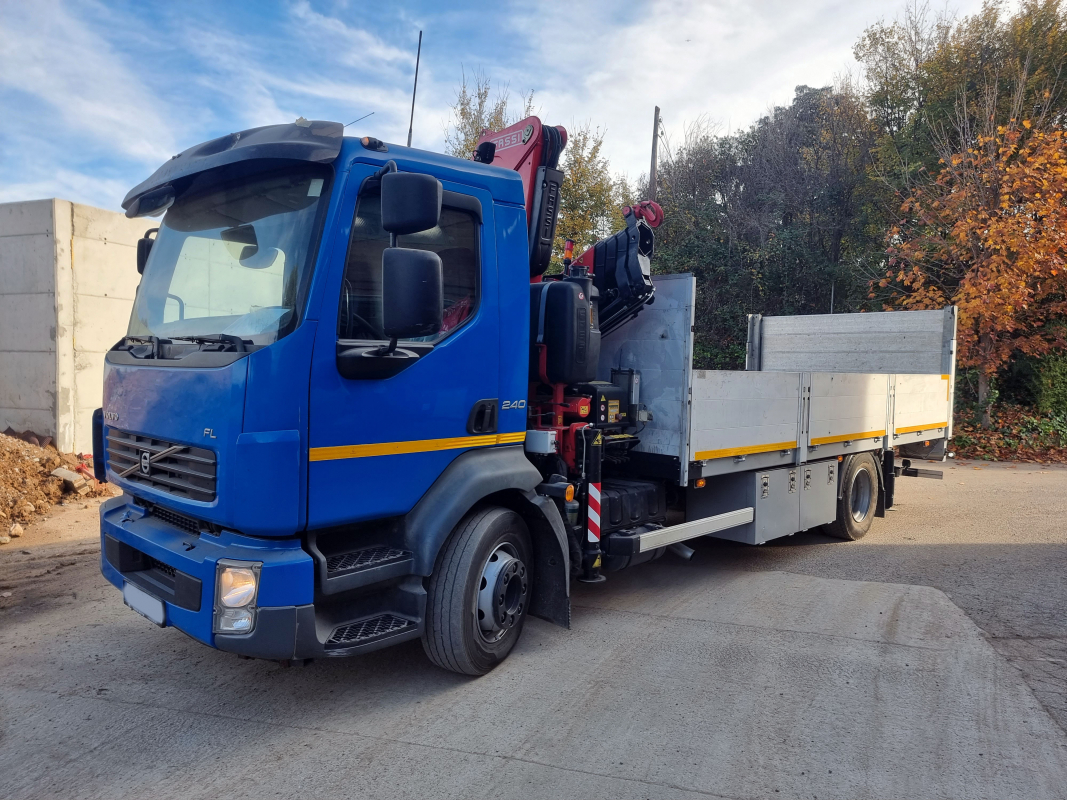 Cantara Grup 2015, a construction materials company, offers an exclusive service for the professional: decorators, architects and builders.  A complete... 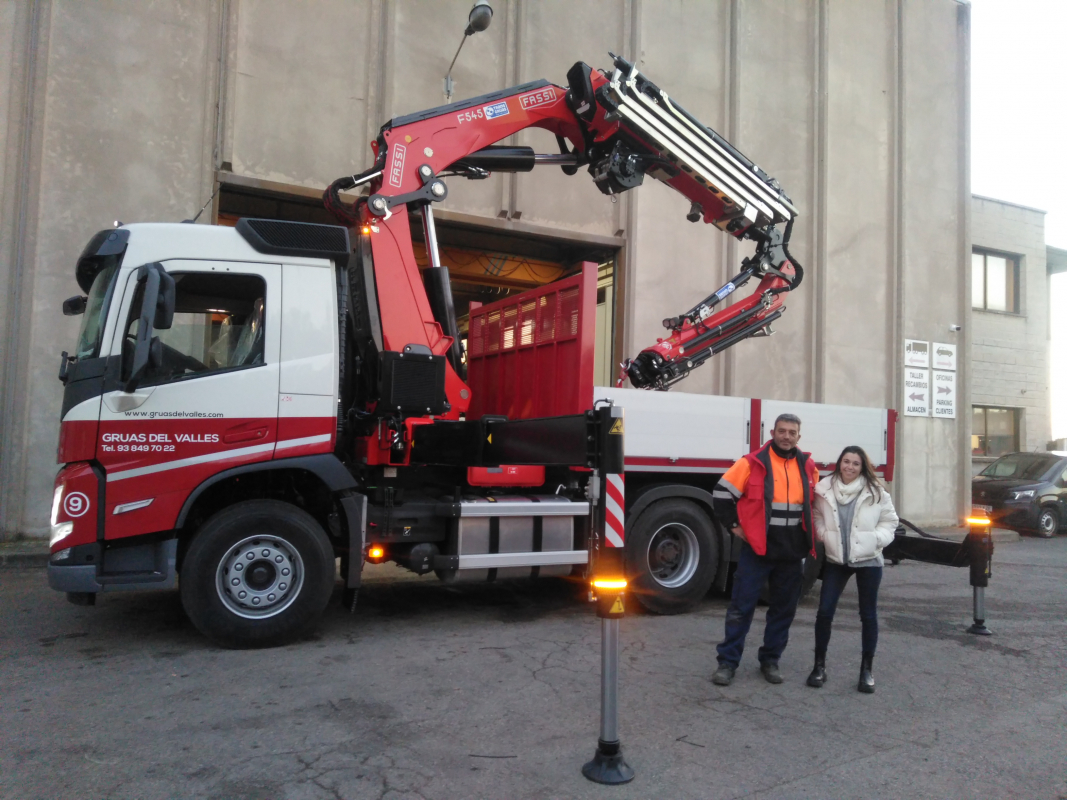 Grúas del Vallés includes a Fassi F545RA.2.26 with removable body to its fleet.

Our client, located in Granollers, Barcelona, is constantly evolving and adapting to the market. In order to continue to do that,... 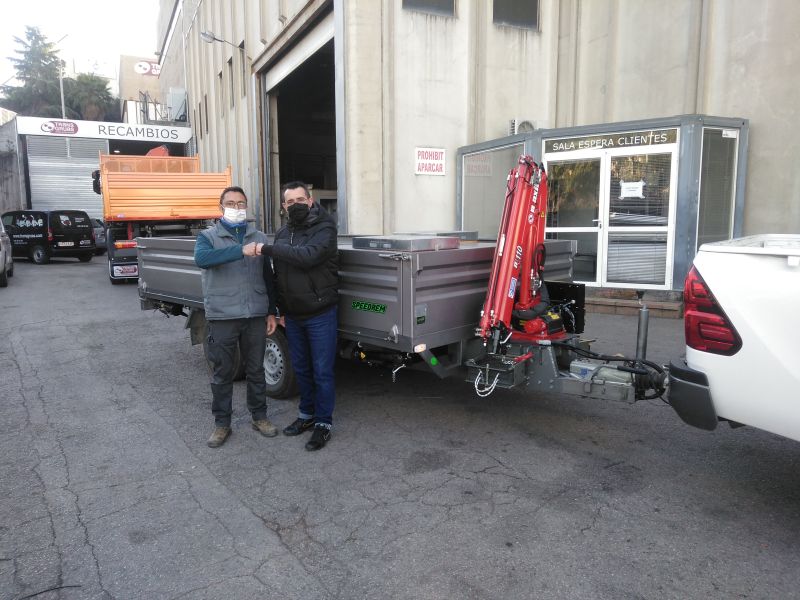 A MAXILIFT ML110 FOR THE APICULTURE SECTOR: ANOTHER CLIENT WHO STAYS VERY HAPPY.

We do a peculiar assembling: a telescopic crane on a trailer for apiculture works.

Miel el Castillo d'Emmanuel is located on Nulles, Tarragona. Its main mission is, and we quote, "offer to our clients gourmet and... 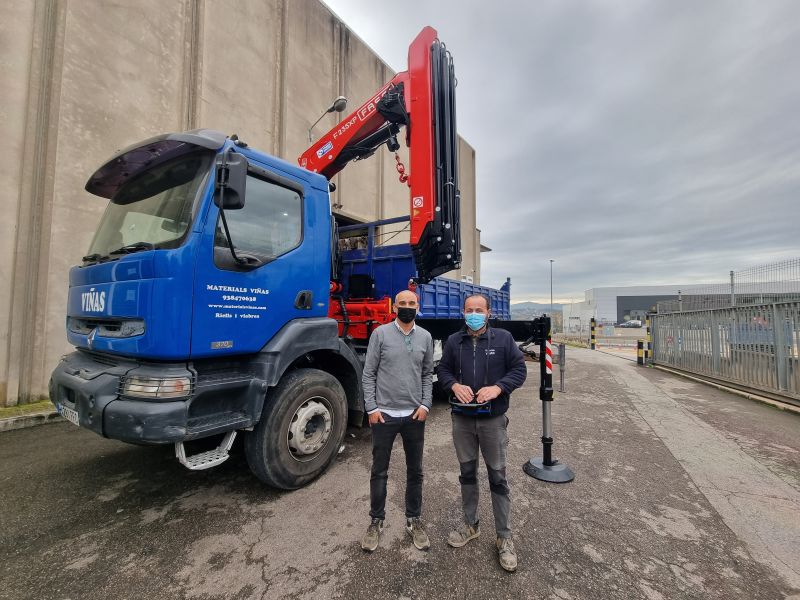 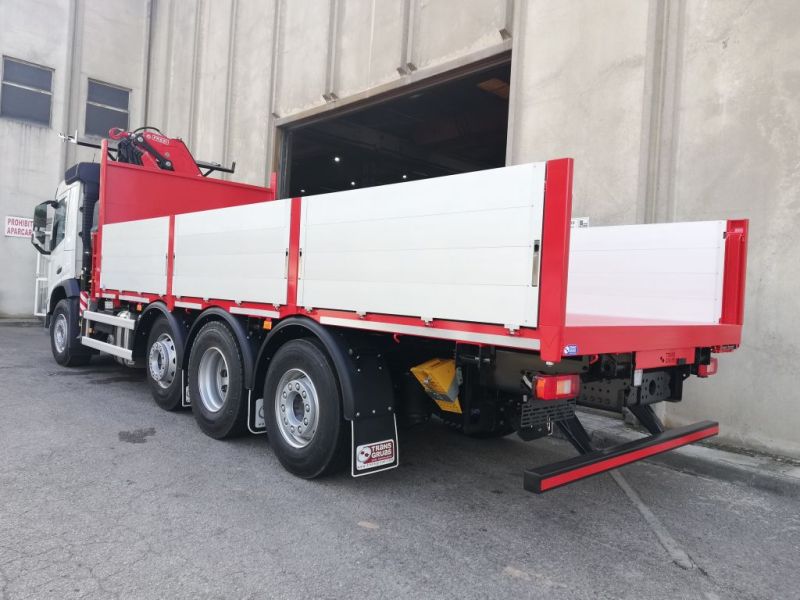 A COMPLETE EQUIPMENT FOR PRIEGOTRANS SL

A Fassi F185A.2.24 with fixed body delivered in our Barcelona's facilities.

The company Priegotrans, SL, located in Roda de Ter, Barcelona, increases its fleet with Transgrúas. In this occasión, they have adquired...